Reading alert logs of RDS in AWS
List RDS Details
Step to enable log retention policy for the RDS(Oracle) Instances
RDS Oracle Failover
Posted by kumar shiva at 6:11 AM No comments: Links to this post

Useful links
Posted by Kumar K Shiva at 7:19 AM No comments: Links to this post


Singapore :-
Tips for Searching Jobs in Singapore
Posted by kumar shiva at 12:56 PM No comments: Links to this post

more links on Application Security - Database (Oracle)
Posted by kumar shiva at 8:57 AM No comments: Links to this post

Hadoop FAQ – But What About the DBAs?

A few pages For MongoDB

A few pages for PostgreSQL

A few pages For SQL SERVER

A few pages for Powershell

A few pages for MySQL

A few pages for AWS

Posted by kumar shiva at 9:25 AM No comments: Links to this post

Check the distribution of session on all the nodes

Change column width of show parameter in SQL Plus
Script for Health Check of Database
Good collection of SQLs
To put all the datafiles of the database or a tablespace in autoextend mode
Move table and dependant LOB to other tablespace
Converting Numbers to millions and more ...
Historical growth of tablespace
for the 1st time database users - How to start the database
Adding name of the table in the output from multiple tables

Load testing Tools Used -Grinder
How To Measure MySQL Query Performance with mysqlslap
Posted by Kumar K Shiva at 8:44 AM No comments: Links to this post

This page captures the brief view of cloud services
Following are some commonly used terms:
Cloud Computing (wikipedia)
Broadly, servers, virtualisation software, networking and storage are required to form cloud. Following components form a complete cloud:
· Scalable, powerful and cheap servers
· Integrated, virtualised, and hugely scalable storage
· Virtualised 10GbE network switching infrastructure
· Fibre Channel over Ethernet capability to link servers and storage across Ethernet
· Disaster recovery capabilities
· Service-quality tracking and control
· Management of a virtualised data centre
Cloud architecture was used by Web 2.0 but due to changing economies more enterprises are adopting it due to its pay-per-usage model. Virtualization enables cloud to offer more services than cloud could do without
virtualization, e.g. PaaS.
Private Cloud
Smaller cloud than a conventional one. It is cloud like IT systems within a firewall offering similar services, but
to a closed internal network. A private cloud can be expanded to contain resources from within an enterprize (on premise) as well as from external cloud (off premise).
Public Cloud
Cloud available to anyone over the internet. Examples are, Amazon Elastic Compute Cloud (EC2), IBM's Blue Cloud, Sun Cloud, Google AppEngine and Windows Azure Services Platform.
Service Provider
Entity providing cloud services to others.
Subscriber
Entity consuming a cloud service.
Cloud Services
There are various cloud services:
Infrastructure as a Service (IaaS) (wikipedia)
Service user gets infrastructure to run application without spending on hardware (saving CapEx),
e.g. a configured VM.
Platform as a Service (PaaS) (wikipedia)
Service user gets platform to develop/run applications on cloud without spending on cloud infrastructure, e.g. Azure, Google AppEngine, Force.com
Software as a Service (SaaS) (wikipedia)
Service user gets a software to use without spending on software license and hardware, e.g. eXpresso, Google Apps
Storage as a Service (STaaS)
Service user gets storage to use without spending on storage hardware, e.g. Synaptic, Mozy, Box.net, also T-systems, BT, etc offer storage services for enterprizes.
NOTE: Synaptic service is offered by AT&T, a telco. It makes perfect sense for a telco to offer such a service because they already have network to deliver the service. So, they can offer better value for money for the subscribers.
Posted by kumar shiva at 9:37 PM No comments: Links to this post 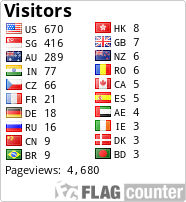